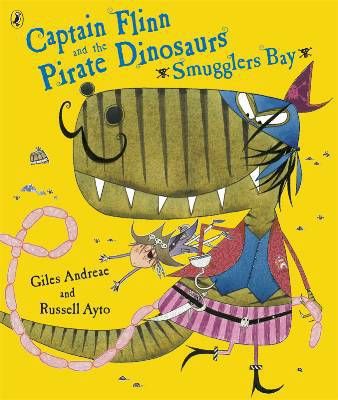 Captain Flinn is Puffin's favourite pirate. He has swashbuckled his way through THREE pirate dinosaur adventures and lived to tell the tale. But now he faces his toughest challenge yet. Captain T Rex and his pirate crew are smuggling sausages out of a secret cove and their favourites are CHILDREN CHIPOLATAS - gulp! Watch out Captain Flinn!


But this time, the Captain T Rex has bitten off more than he can chew and wily Captain Flinn and his friends soon teach him a lesson he won't forget.