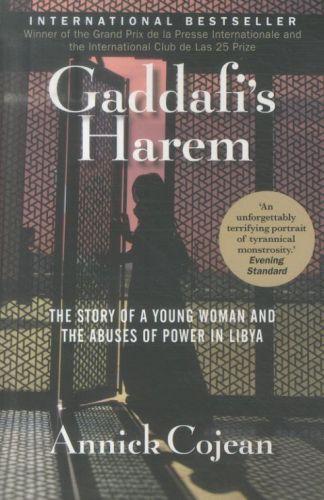 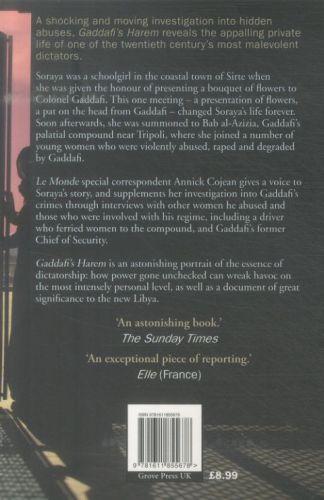 Soraya was a schoolgirl in the coastal town of Sirte, when she was given the honour of presenting a bouquet of flowers to Colonel Gaddafi, "the Guide," on a visit he was making the following week. This one meeting - a presentation of flowers, a pat on the head from Gaddafi - changed Soraya's life forever. Soon afterwards, she was summoned to Bab al-Azizia, Gaddafi's palatial compound near Tripoli, where she joined a number of young women who were violently abused, raped and degraded by Gaddafi. Heartwrenchingly tragic but ultimately redemptive, Soraya's story is the first of many that are just now beginning to be heard.In Gaddafi's Harem, Le Monde special correspondent Annick Cojean gives a voice to Soraya's story, and supplements her investigation into Gaddafi's abuses of power through interviews with other women who were abused by Gaddafi, and those who were involved with his regime, including a driver who ferried women to the compound, and Gaddafi's former Chief of Security.Gaddafi's Harem is an astonishing portrait of the essence of dictatorship: how power gone unchecked can wreak havoc on the most intensely personal level, as well as a document of great significance to the new Libya.